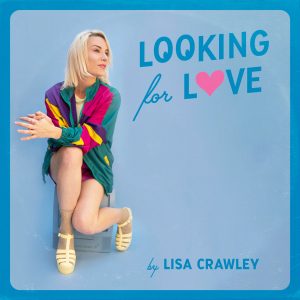 At times this feels reminiscent of Lawrence Arabia’s style of pop, it has you nodding along but also appreciating the depth and undertones. The title track, co-written with Grammy nominee Rob Kleiner and Kevin Gibson, has a bass sound which is quirky and loose, like a jandal hit over the end of a PVC pipe. Crawley’s vocal comes on top of this and then her own lush BVs enter, reminiscent of doo-wop retro pop. Sparkling keys are added and the track ends with a characteristic short xylophone melody.

Kleiner produced at least some of the EP’s five tracks The five-track second offering, The Right Way, is in a slower tempo and swings along with a bluesy, more melancholic feel, in contrast to the hopeful vibe of the opener. It starts with the direct lyric of “What does it take to get your attention? Too much to say too much to mention”. Again the drumming is almost casual, and the sound pleasingly open, her voice allowed a bit more variation.

The glorious vocal sound on the piano-backed Lazy Love reminds me of Miriam Clancy’s 2009 album ‘Magnetic’, while Clear History proves a highlight with its leisurely electronic groove and handclaps in the slightly more uptempo chorus. Crawley is wishing that she could press erase on some things she’s said or done: “Reset, delete, no memory, clear history…”

Nothing’s hurried and the final song is fittingly enough called My Time. “Lone Ranger out of range, you know there’s danger, but you’ll never change, and it’s my time, baby it’s my time”.

Hopefully, this release will help Crawley find further international success, 10 years on from her debut album ‘Everything That I Have Seen’. Surely it is time that a wider audience comes to appreciate all that this talented and determined artist has to offer.