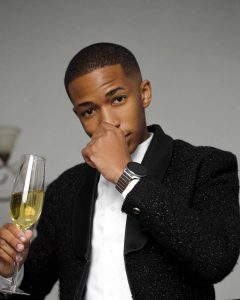 After sharing photos of themselves together, local comic Lasizwe and artist Vusi Nova got people talking. It would have been simply another photo if fans weren’t of the opinion that their placement in the photograph says a lot – possibly more than the two wanted to convey.

In the controversial picture, Vusi Nova could be seen cuddling Lasizwe while both were at an event. Vusi Nova has kept admirers wondering about his sexuality, despite the fact that Lasizwe is openly gay. He was once close pals with Somizi, another openly gay celebrity. Their romance, though, appeared to have cooled.

He and Somizi used to be extremely open about their connection, which led to many people wondering if Vusi was gay. And now that Vusi Nova has left with another openly gay man, the LGBT rumors have reappeared.

His pictures with Lasizwe have also led to speculation that his relationship with Somizi has entirely gone down, as Lasizwe and Somizi are not friends and have had a rocky relationship.

Vusi Nova, on the other hand, seems unconcerned about Mzansi’s speculations and criticisms. Lasizwe is the same way. The comedian recently revealed that one of his dreams is to one day “shot” with a random foreigner and have a mixed-race child.