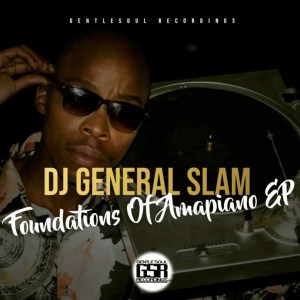 DJ General Slam with his first EP offering  “Foundations Of Amapiano”  for 2019 , His Warm up to his studio produced album titled Gentle Soul (The Chosen One).